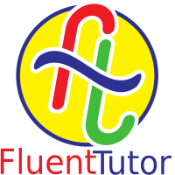 
FluentTutor's unique technology has been awarded United States Patent No. 10,431,112, and we are awaiting a patent from Canada.

FluentTutor is a suite of intelligent software components for professional reading tutors. These components allow you to create data-driven, truly individualized lesson plans in a fraction of the time.

The heart of FluentTutor is its Student Model. The student model has 3 parts:

A) CONCEPTS: a large set of reading concepts. There are many types of concepts, including lexeme-phoneme relationships (such as “ow” rhyming with cow, “ow” rhyming with slow), spelling rules (such as the FSZL rule), and Greek and Latin roots, affixes and combining forms. The database currently contains almost 600 concepts.

C) LEXICON a large database of words which have been parsed for the concepts in part A. This database knows, for example, how the ow in cow differs from the ow in snow. It also knows that “grass” is an example of the FSZL rule. The database currently contains over 95,000 parsed words.

After the concepts have been selected for a lesson, this database is searched for words and sentences that contain the targeted concepts, but don't contain concepts that the student probably doesn't know.

To see a brief tutorial on how to plan lessons click here. 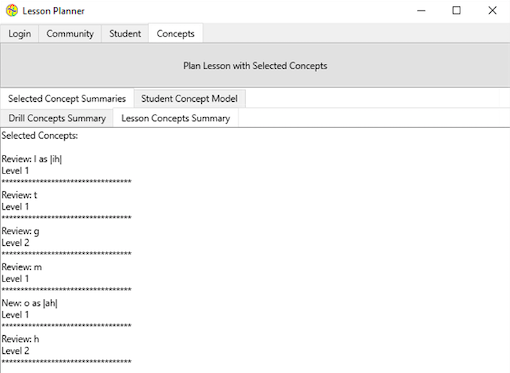 The lesson planner uses the concept estimates to select which concepts should be included in the next lesson. Selection is done using a binning algorithm based on (look this up). Concepts are ordered from weakest to strongest, then assigned to various sized bins based on their strength. The currently implemented default algorithm, for example, puts the weakest concept in a bin of size one, so that it is always chosen for the next lesson. The next two concepts are put in a bin of size two. They are selected in rotation, so that each concept appears in every other lesson. The next four concepts are also selected in rotation, so that each concept appears in every forth lesson, and so forth. As student knowledge of this concept changes, it will move up or down in the stack, and be selected for lessons more or less frequently as appropriate. In this way concept selection is done according to an objective standard. 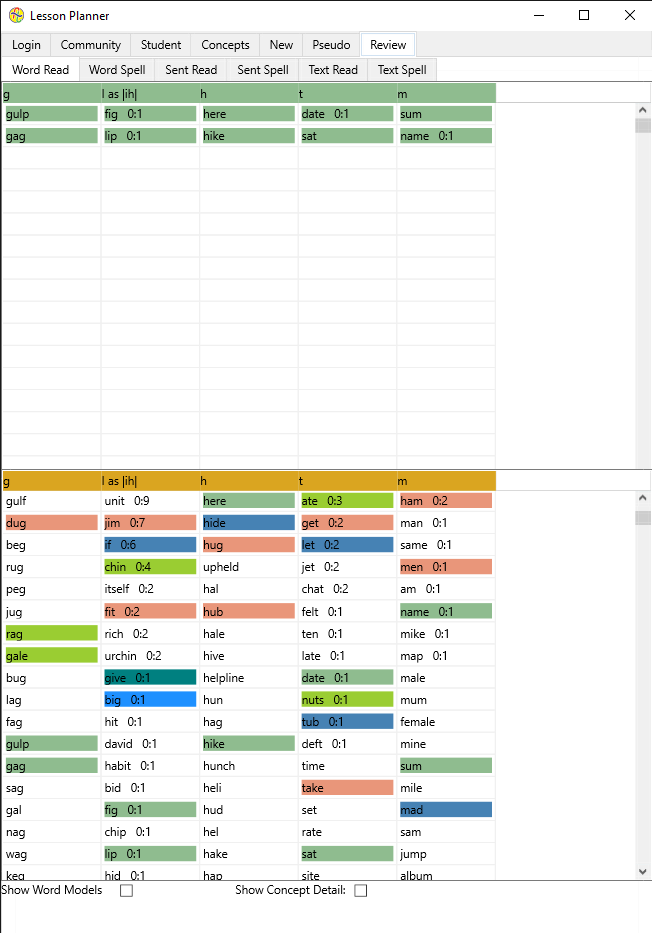 After concepts are selected, the lexicon is searched to find words that include these concepts, but which DON'T include concepts that the student hasn't seen. The planner presents these words for selection, and allows them to be allocated between the lesson segments: word read, word write, sentence read and write, text read and write. As they are allocated, words are highlighted in color to help you remember which have been chosen already, and for which segments. 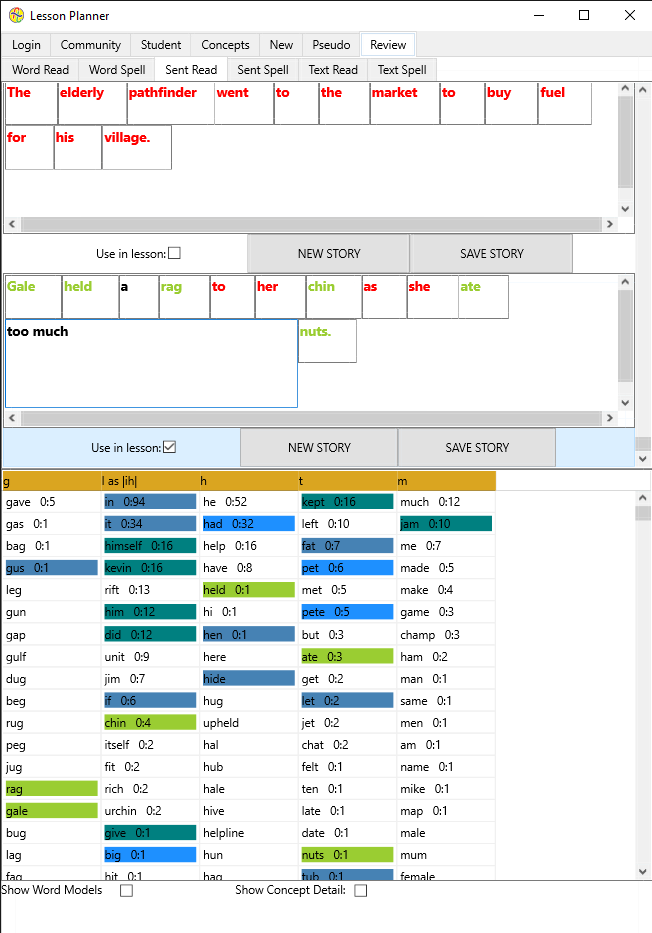 After concepts are selected, the lexicon is also searched to find sentences and short texts which contain targeted words. If a sentence or text also contains a word that the student probably can't read, that word is highlighted in red. This makes it easy to pick-out problematic words and change them.

The sentence editor also allows you to create entirely new sentences or texts. Because you can visually scan the list of recommended words below, it is relatively easy to come up with texts containing a few of them. Any sentences or texts that you create or modify become available to other tutors in the future. Our database already has over a thousand short texts, and more are being added every day.

The tutor and student apps usually run on Windows or Android tablet computer. (Link to hardware tab) The tutor app downloads lesson plans from the server and stores them locally, so that you can give lessons in locations without coverage, if necessary. At the start of the lesson the tutor and student apps are linked, either over bluetooth, a local area network (LAN), or over the web. This allows tutor prompts to be shown on the student's tablet, and student responses to be shown on the tutor tablet.

Appropriate prompts are shown on the left side of the tutor app. If the tutor selects a visual prompt, that prompt appears on the student's tablet. In the center of the tutor app is a response area, where student responses are recorded and categorized.

The tutor's response area shows each legal response to the current prompt.

While all legal responses are shown in the response area, the ones that the student is not expected to know are shown in a different color. This reminds the tutor not to pursue those answers quite yet.

In this way each student response is recorded along with the amount of help needed to evoke it. The hint level for each response contains valuable information about how well the student knows that concept which is almost impossible to collect in any other way. After the lesson, FluentTutor's machine learning algorithms use this information to update the student model.

If the student misses a response, the tutor can ask for a “trace-and-replace.” In that case, a ghosted image of the input appears in the student script area, and the student traces with a finger or stylus the required number of times. The offending prompt is also reinserted at several spots later on in the prompt sequence, so it will appear later.

At the bottom of the tutor app is another script area for tutor notes. This allows the tutor to very quickly note details about student errors, which are then saved with the lesson for later review.